You know how hard it is to take a flattering selfie with your pet because you’ve probably tried. Relax and let me photograph you with your pet! 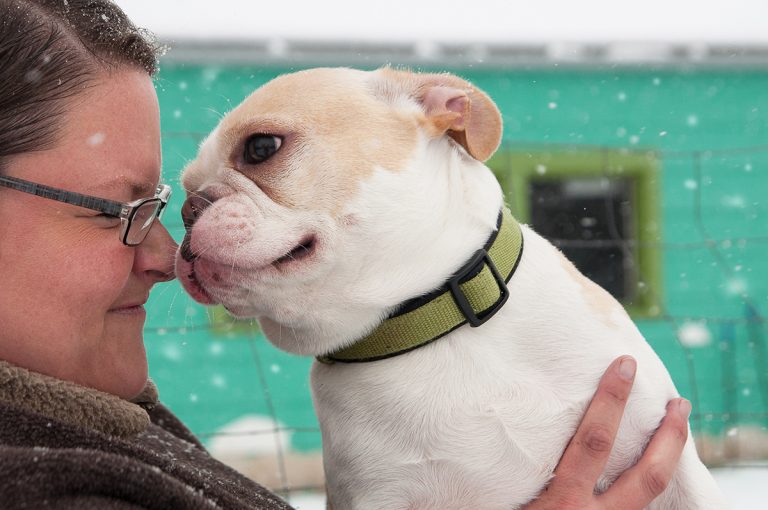 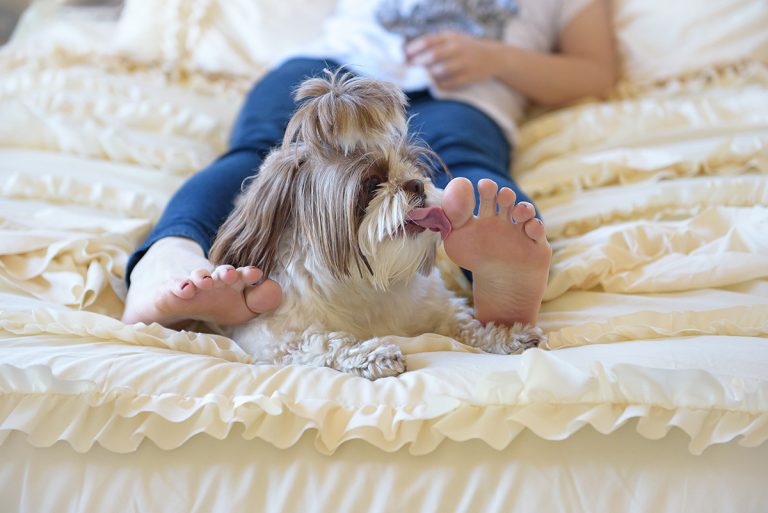 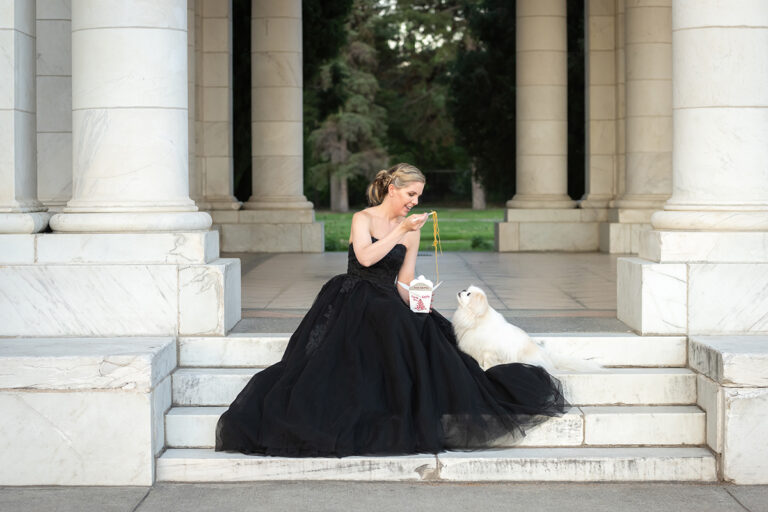 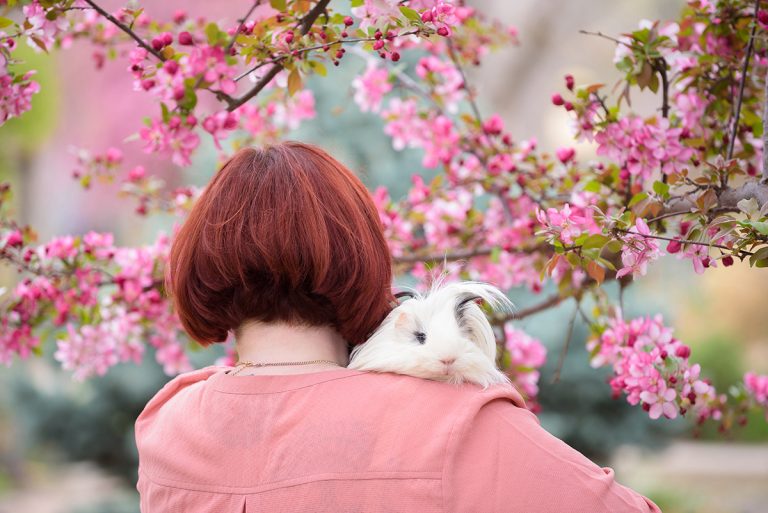 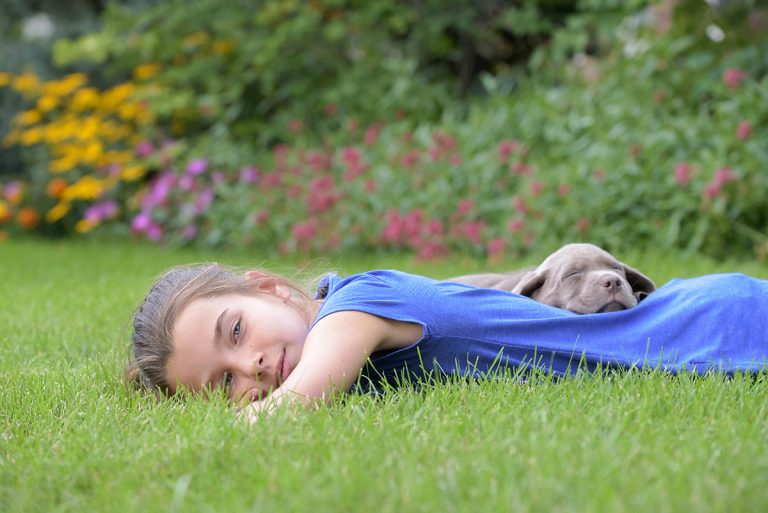 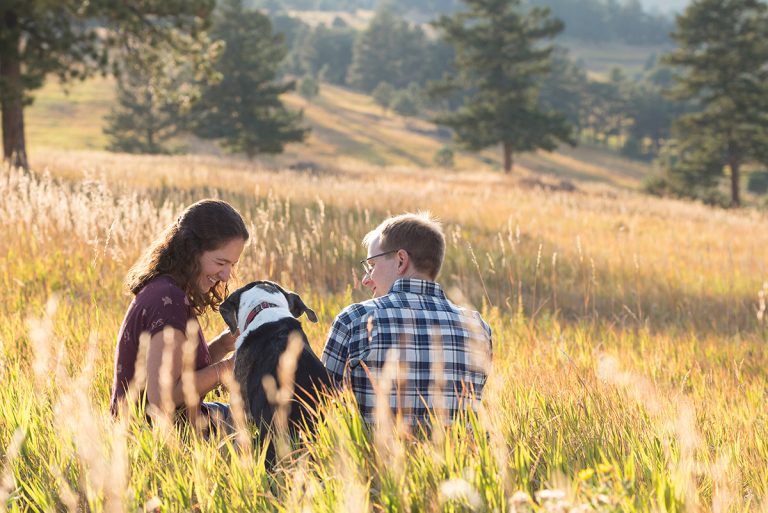 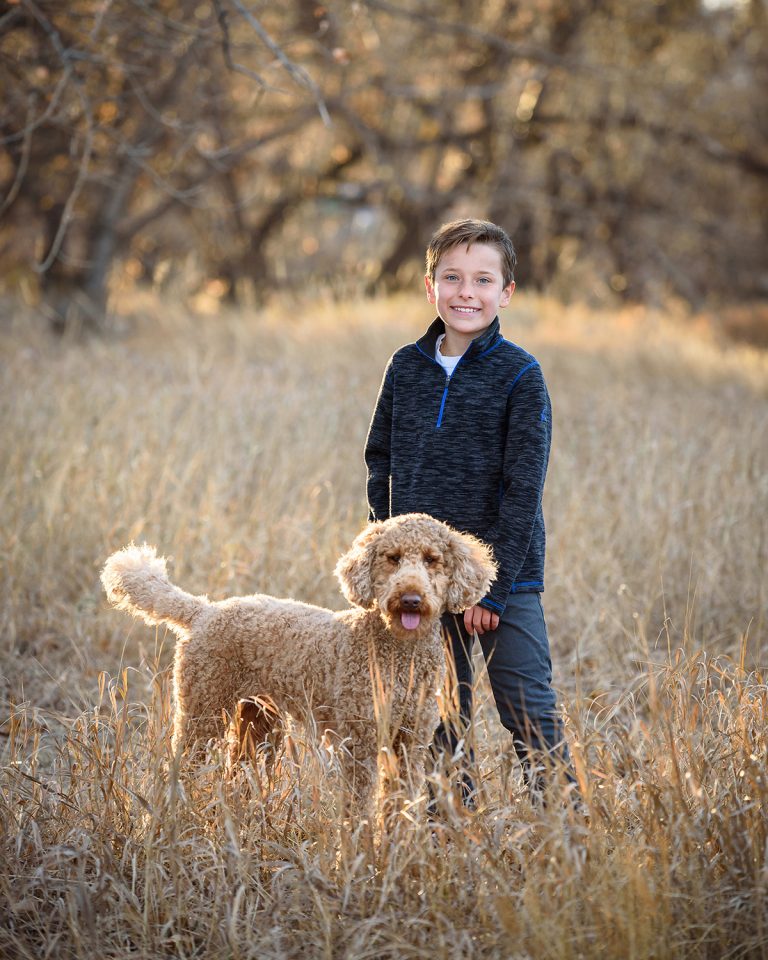 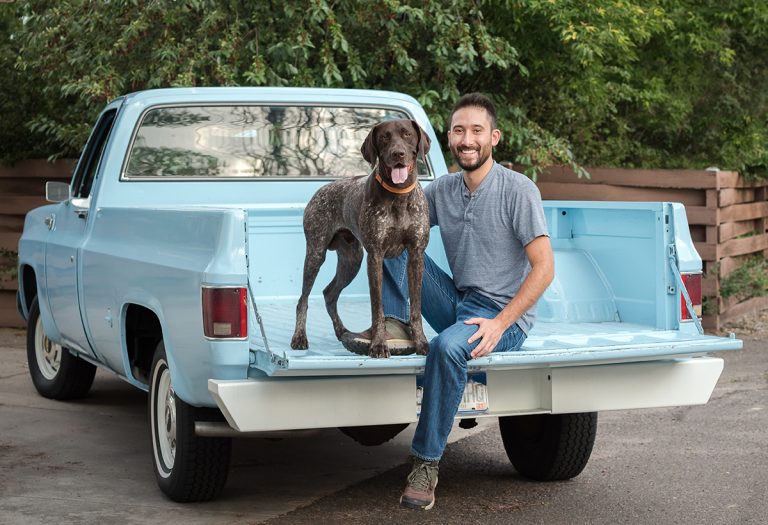 I find that people are more relaxed when their pet is by their side. For starters, it gives them something to do with their hands, so they feel less awkward. Dogs also do unpredictable things – like lick you on the face! Animals produce more genuine smiles than any dumb joke I can tell.

Let’s talk about retouching. I aim to make people look well-rested versus Joan Rivers after her 100th facelift. I generally remove things that aren’t permanent, like a scratch or blemish. If it’s permanent, like a mole, I leave it. It would be weird if someone retouched out Cindy Crawford’s mole, right? Often people say I took the best photo of them they’ve seen in years. So, don’t be afraid of getting in front of my camera!

“Karen has an amazing photographic eye! She was amazing with our two young children and two young dogs. The quality of her photographs, album and framed canvas portrait are outstanding. I highly recommend Karen to photograph all of your furry friends!”

“Karen captured wonderful photos of both our rescue pups and us. Somehow she managed to capture their personalities, us smiling, and the beautiful scenery in the background ALL at the same time. A feat my husband and I can never manage.”

A Photoshoot for the Whole Family

Not only are your animals a huge part of your life but they also make your annual family portrait much more FUN!

What to Wear to Your Pet’s Photoshoot

While most sessions are focused primarily on your pet, what you wear is important if you want to be in the photos. Here are some tips for what to wear for a portrait.

END_OF_DOCUMENT_TOKEN_TO_BE_REPLACED 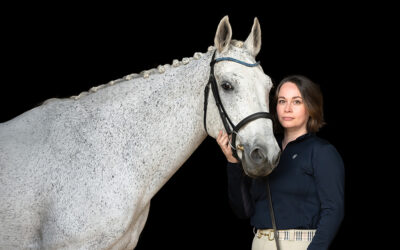 The goal for Lad’s photoshoot was Black Background photos. We also got a few riding images and, as a bonus, the sunset was gorgeous that evening!

END_OF_DOCUMENT_TOKEN_TO_BE_REPLACED 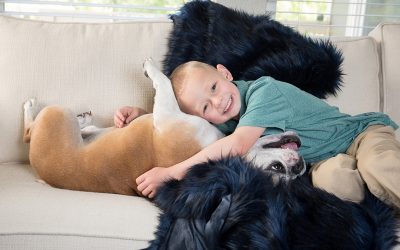 Give your children a professional photoshoot with their childhood dog. It’s a gift they will cherish for years to come!

END_OF_DOCUMENT_TOKEN_TO_BE_REPLACED 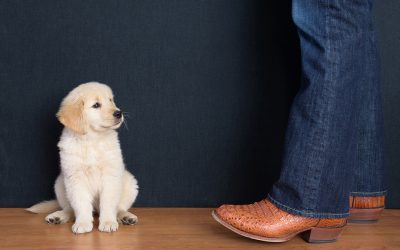 For the Love of Dogs… and Cowboy Boots!

Boots look stylish and add a fun element to your dog’s photos. Here are some examples for inspiration.

END_OF_DOCUMENT_TOKEN_TO_BE_REPLACED

Family photoshoot with guide dogs – plus interesting things I’ve learned about guide dogs over the years:

END_OF_DOCUMENT_TOKEN_TO_BE_REPLACED

Lola is an Airedale/Cattle Dog mix who was adopted from Denver Dumb Friends. The crazy thing is that her person picked her out while her husband was at work and told him about their new dog later! He was quickly smitten with Lola and agreed to adopt a second dog as...